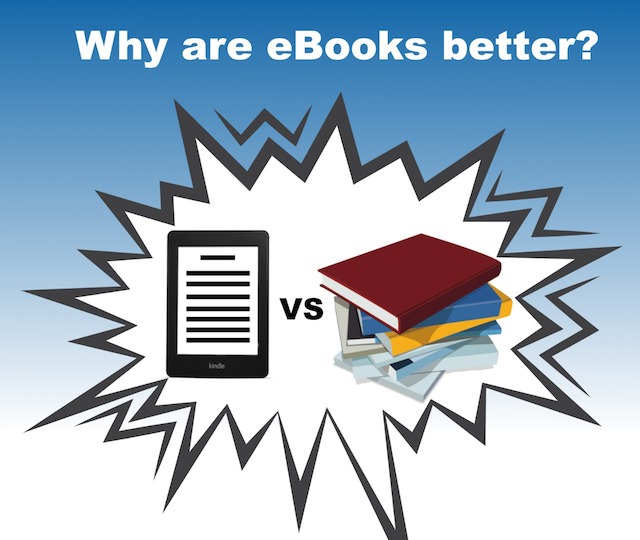 eBooks vs Books: Why are eBooks better?

While just some years ago, headlines predicted eBook supremacy and also the demise of the paper book, that’s now reversed. They’re now saying the Kindle is clunky and unhip and paper books are cool and selling well as eBook sales crash. But are today’s claims from now on more accurate than those of 2012?

Mainstream media have long been within the habit of hopping on figures from publishers’ associations, retailers’ groups, and Nielsen data, but the industry has changed. While these measures are accurate, they're only accurate in terms of what they measure, and that they represent far less of the industry than they once did. They're not a proxy for the industry.

Amazon’s Kindle was launched in November 2007. Apple’s launch of the iPad in January 2010, meanwhile, introduced a non-specialist device that gave a satisfying eBook reading experience. From 2008, eBook sales rose drastically. By early 2011, US advisory group Gartner reported that industry researchers were predicting a 70% annual rate of growth for eReader sales globally.

In the year of 2016, Amazon launched ebooks in Indian regional langauges which includes Tamil, Malayalam, Hindi, Bengali and Gujarathi. Earlier to that Pustaka was launched in 2014, with the intent of publishing Indian regional language books in digital format. It started with just 200 books and have grown to 7500+ eBooks from 520+ authors (as of Jul 2022) in Tamil, Telugu, Kannada, Malayalam, and English.

Pustaka is one of Amazon's Kindle Managed Publisher (KMP) and all the books launched in Pustaka was made available in Kindle Platform also. In 2020, Pustaka ventured into audiobooks and launched 300+ audiobooks as of Jul 2022. Pustaka acquired copyrights to publish ebooks and audiobooks with all popular authors in Tamil and started publising only copyrighted books. Due to transparency in the royalty and the promptness in royalty settlement on every month, Pustaka gained good trust with the authors. Pustaka started playing a major role in publishing ebooks and audiobooks in regional languages.

With increases in both average smartphone screen size and smartphone use, the 2014 to 2015 period marked another shift – the phone was becoming a major reading tool. In step with US Nielsen surveys, while the share of the eBook reading population reading totally on tablets had increased from 30% in 2012 to 41% in 2015, the amount of eBook buyers who used their phones to read a minimum of the number of the time increased from 24% to 54% within the same period.

“The future of digital reading is on the phone.”

Moving beyond the ‘format wars’

It is too easy to possess our attention grabbed, and sometimes our biases or hopes confirmed, by an appealing set of statistics from an authoritative source, and to misunderstand what those statistics are measuring.

It is also too easy to represent viewing the evolution in eBook and print sales solely through the prism of Amazon and its often-public power struggle with publishers and to be drawn too deeply into seeing the long run of publishing jointly format versus another.

While it's possible to invest in the longer-term trajectories of the eBook and paper book markets, many confident pundits are wrong before, as new factors have emerged that have significantly impacted reader behavior and sales patterns.

From the sensible perspective of writers wishing to attach their work to readers, it's prudent to determine both paper and eBooks as significant for any book-publishing project within the present and near future and to develop strategies to fulfill both of them. it's also prudent to appear beyond both platforms to a different, one that had long been considered a peripheral player: audiobooks.